THE NEWS STATION OF THE FUTURE IS LOCATED IN ODENSE

At TV2 Fyn in Odense, the future is met with an agile infrastructure, making them more flexible and adaptable than most other media companies. Artificial intelligence is used to solve otherwise manual tasks, which was made possible when TV2 Fyn, as one of two news stations in the world, in June 2020 went live on a newly developed news platform based on Amazon Web Services. Now, yet another new IT platform has freed up resources for more development - and the installation has gone exceptionally well.

TV2 Fyn is located in scenic surroundings in Odense, broadcasting local news to viewers in the Funen region three times a day. The office facilities are centered around a huge newsroom in the middle of the building, where journalists and other media staff are busy getting ready for the broadcasts of the day.

Were it not for TV studios, cameras and control rooms, it could easily look like any other modern workplace. But according to Henrik Bjørn, Team Leader for IT / Broadcast Support, the world of broadcasting has shifted to something completely different.

He has been working with IT since 1998 and entered the broadcasting world in 2015, just as major changes in the way news is produced and published were happening. TV2 Fyn was no exception and has a complex IT infrastructure, where many different systems are integrated with each other to create the result we see on television.

The use of AI services (artificial intelligence) in news production is quite new, and as a media company, TV2 Fyn is still in the start-up phase compared to the many AI services that are available today. Since they started the project in August 2019 with a new news and media system, the quality of these services has improved significantly, and the development is happening really fast.

When journalists upload videos to the media system, artificial intelligence is activated as with e.g. face recognition, allowing you to search for videos with specific people in them. Subtitling of TV shows and transcription of speech in videos are also automated with AI, releasing resources to focus on other things. And new features are constantly being added to the system. 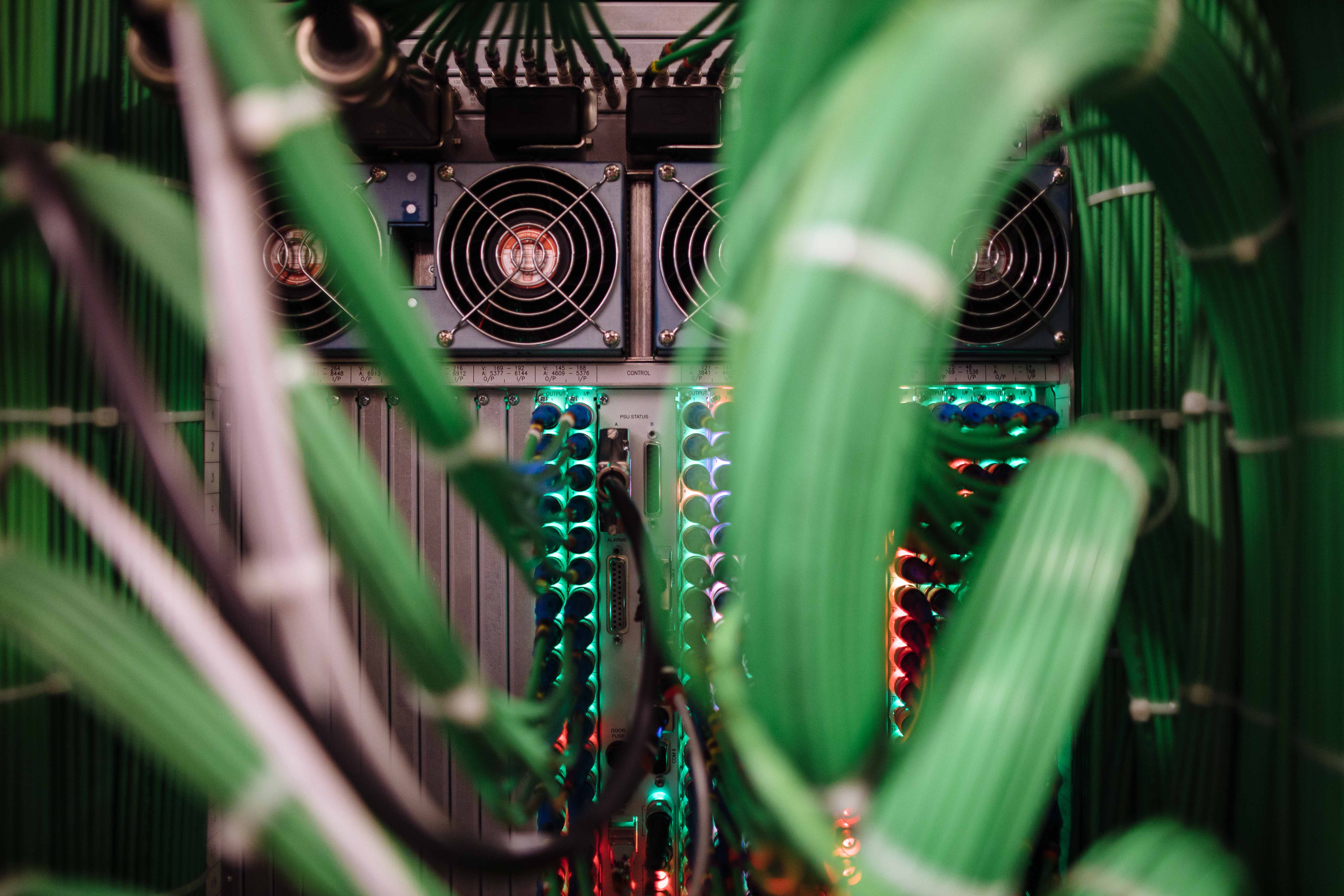 DOING NOTHING IS NOT FREE

At TV2 Fyn, Henrik Bjørn had a task of deciding when it was time to switch to a newer storage system, and not least of finding out which solution would ensure an agile and scalable foundation for future TV production on Funen. HPE Nimble was chosen, a popular platform for companies in technological growth.

“Even though this is not our primary production storage, it was crucial that the new storage system could be easily integrated with our existing infrastructure, while at the same time being future-proof in terms of both scalability and cloud integration. And we want a high degree of automation, so that it is as easy as possible to operate,” says Henrik Bjørn.

His team consists of 6 employees, who handle both technical support and development, as well as user support. Automation removes heavy operational tasks, and frees up time for innovation and development, which is crucial when you, as TV2 Fyn, want to be Denmark’s leading, regional media house.

The Infosight software in HPE Nimble is an IT monitoring system that triggers an alarm and informs Henrik’s team if something is wrong. This type of proactive monitoring means that you do not have to manually monitor the systems. 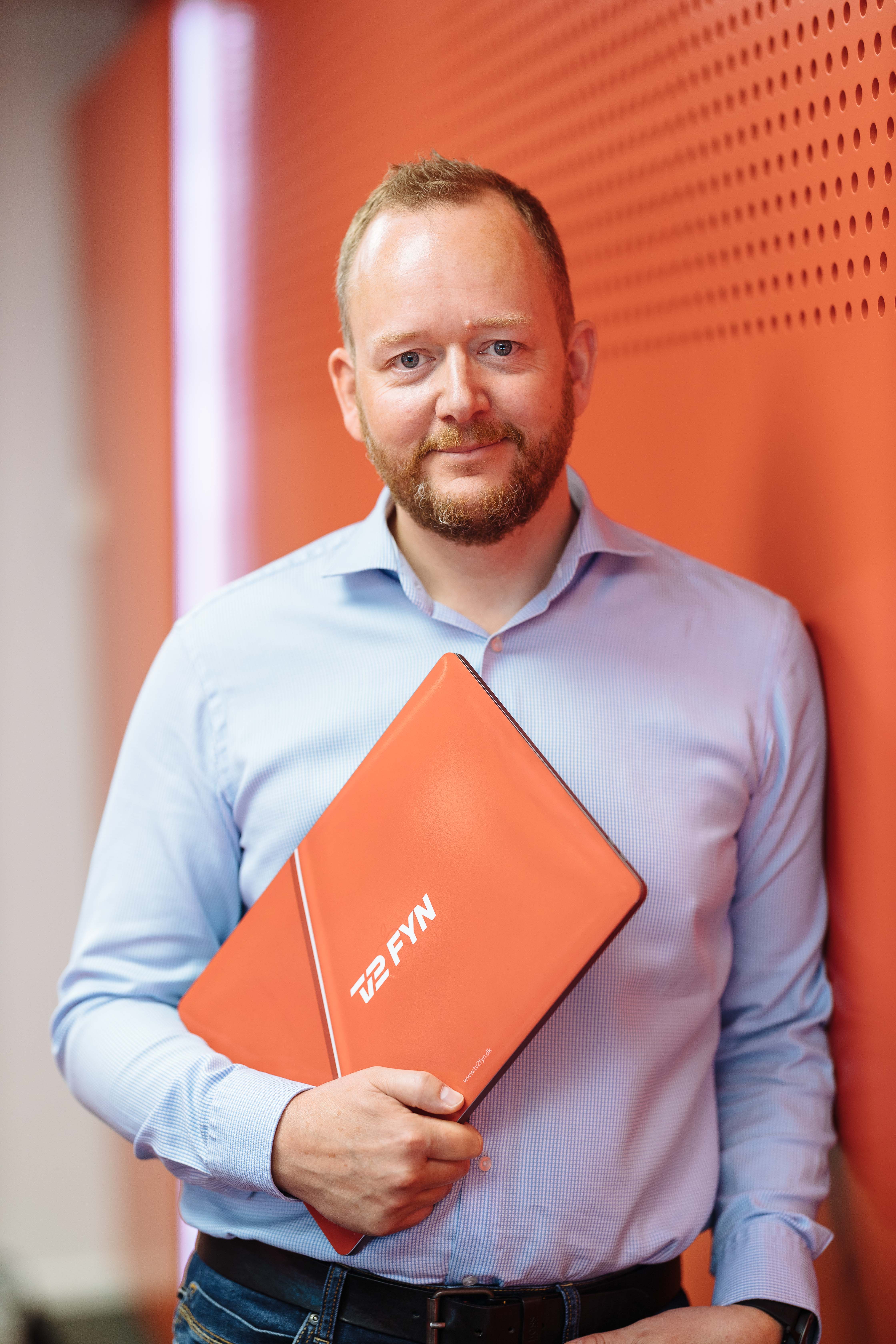 TV2 Fyn has always had a good collaboration with HPE and has good experiences with their product, so it was natural to look at what solutions they could offer. As a public institution, TV2 Fyn is subject to the National Audit Office and must obtain offers from several places, so the advantages and disadvantages of several different systems were looked at, however, a colleague in the media industry helped make the choice easy.

“We spoke to our colleagues on TV2 Nord to hear about their experiences. One and a half years ago, they had invested in an HPE Nimble, with which they had minimal contact with since it was installed. That fact supported our desire for a new storage system, with a high degree of automation and a minimal operating need. At the same time, we have gotten high performance and a proactive monitoring system. And the system almost takes care of itself completely. Every IT man’s dream!” says Henrik Bjørn.

Danoffice IT specializes in HPE products, and is comparably one of the most recognized and experienced companies in the field of HPE installations in Denmark, compared to any other retailer. At Danoffice IT, they have specialists in service contracts who could prepare a very accurate cost-benefit analysis, which would clearly show how doing nothing is no longer free. The decision was clear. The old system from 2012 needed a replacement and HPE Nimble was the new, cool kid in the class.

Once the decision had been made, the implementation had to take place as soon as possible. TV2 Fyn’s storage system could not be expanded further, and extra storage capacity was needed, due to the preparations for the brand new news and media system, which TV2 Fyn, as the only other news station in the world, was to go live on in June 2020.

Danoffice IT has very good experiences with HPE Nimble and together with TV2 Fyn it was decided to start the implementation between Christmas and New Year 2019. In just two days, the solution was implemented, and Henrik Bjørn and his team could take over the further migration.

“The solution is easy to handle, and we quickly reached the goal of moving all our virtual servers and shutting down the old storage platform. It was really a quick implementation!” says Henrik Bjørn, who thinks it has been a pleasure to work with Danoffice IT.

“It’s very much about trusting both the sales staff and system consultants when working on such a project, and I have to say that they are insanely good at HPE products. We were completely confident working with them.” 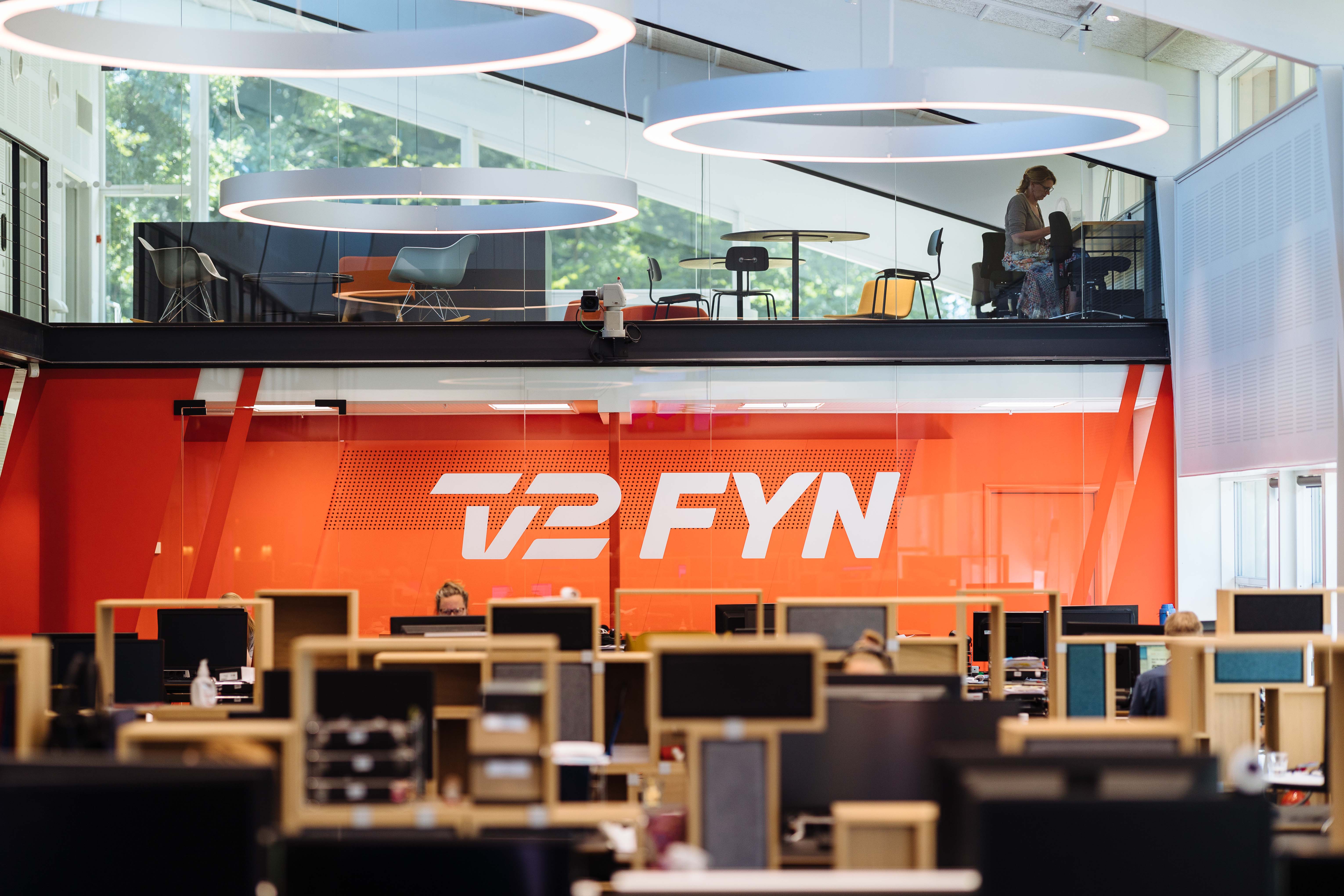 The entire news team at TV2 Fyn today works on platforms located at Amazon. Nimble is integrated with Amazon’s cloud solution and enables backup and efficient security of data by replicating them directly to other HPE Nimble devices at Amazon.

It would be a shame to claim that implementing new IT platforms is always as quick and easy as in this case. Nevertheless, Thomas Østergaard, Technical Consultant at Danoffice IT is not surprised. “We always experience easy implementation with Nimble and the customer gets a really good experience when the installation goes smoothly”, says Thomas Østergaard, who was responsible for the installation.

He points out that HPE Nimble has a completely exceptional customer support, which is exceptionally fast to provide immediate help if challenges arise along the way. There is much good to be said about both this solution and the collaboration that has taken place between TV2 Fyn and Danoffice IT. 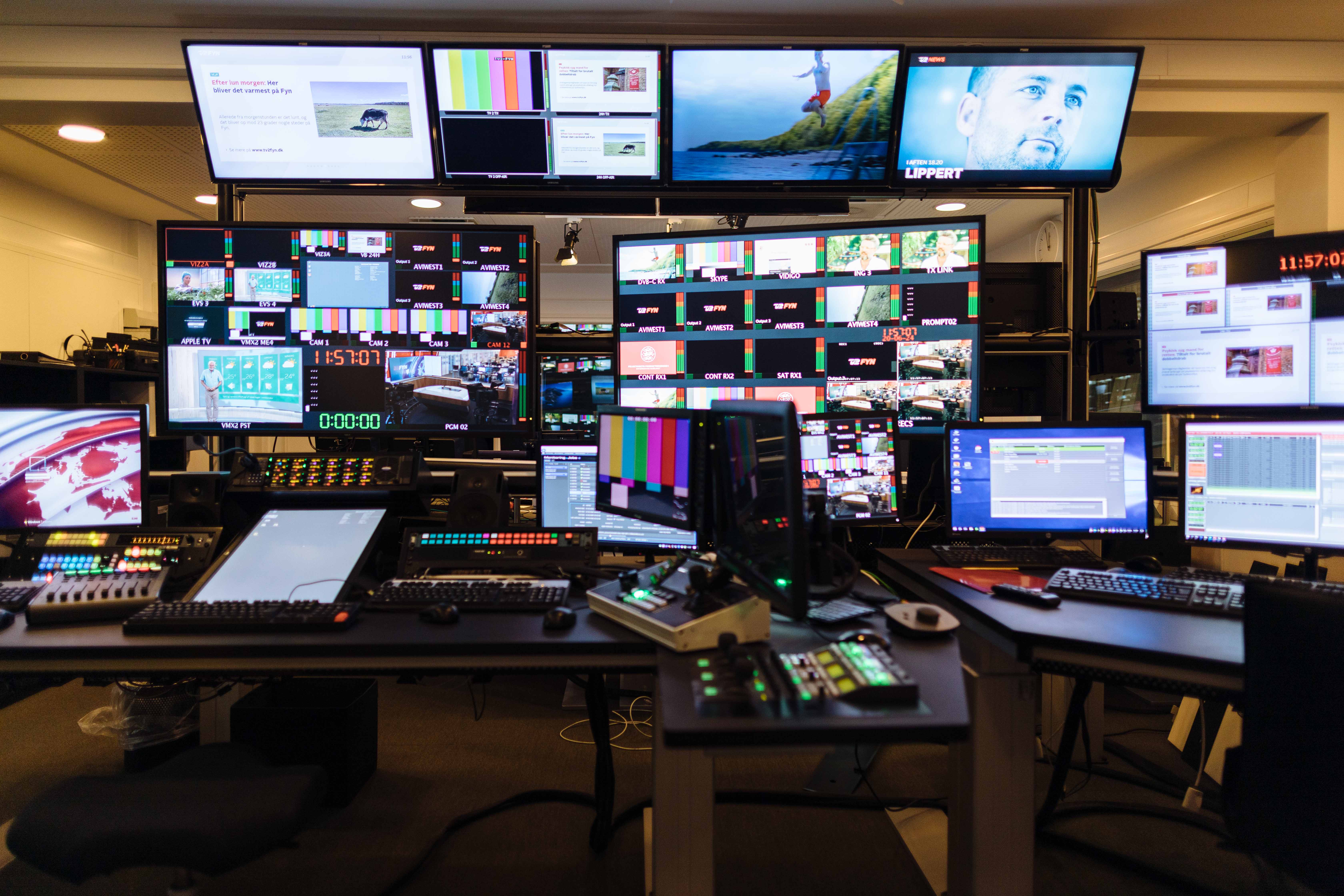 Henrik Bjørn has no doubt that HPE Nimble will release many resources for interesting development projects in the media company in the future.

“Nimble makes it possible to both integrate and combine storage and cloud services in an optimal hybrid infrastructure for us, in a very easy way. That is one of the things that makes this solution so interesting. Today, we are moving towards a more standardized data center setup, and can phase out the old, highly specialized broadcast infrastructure at the desired pace, which is so complex and costly to maintain and build on. And our existing server infrastructure can easily be moved from our on-premise Nimble to a Nimble solution in the cloud, depending on where it makes the most sense in terms of uptime, performance and finances,” says Henrik Bjørn. 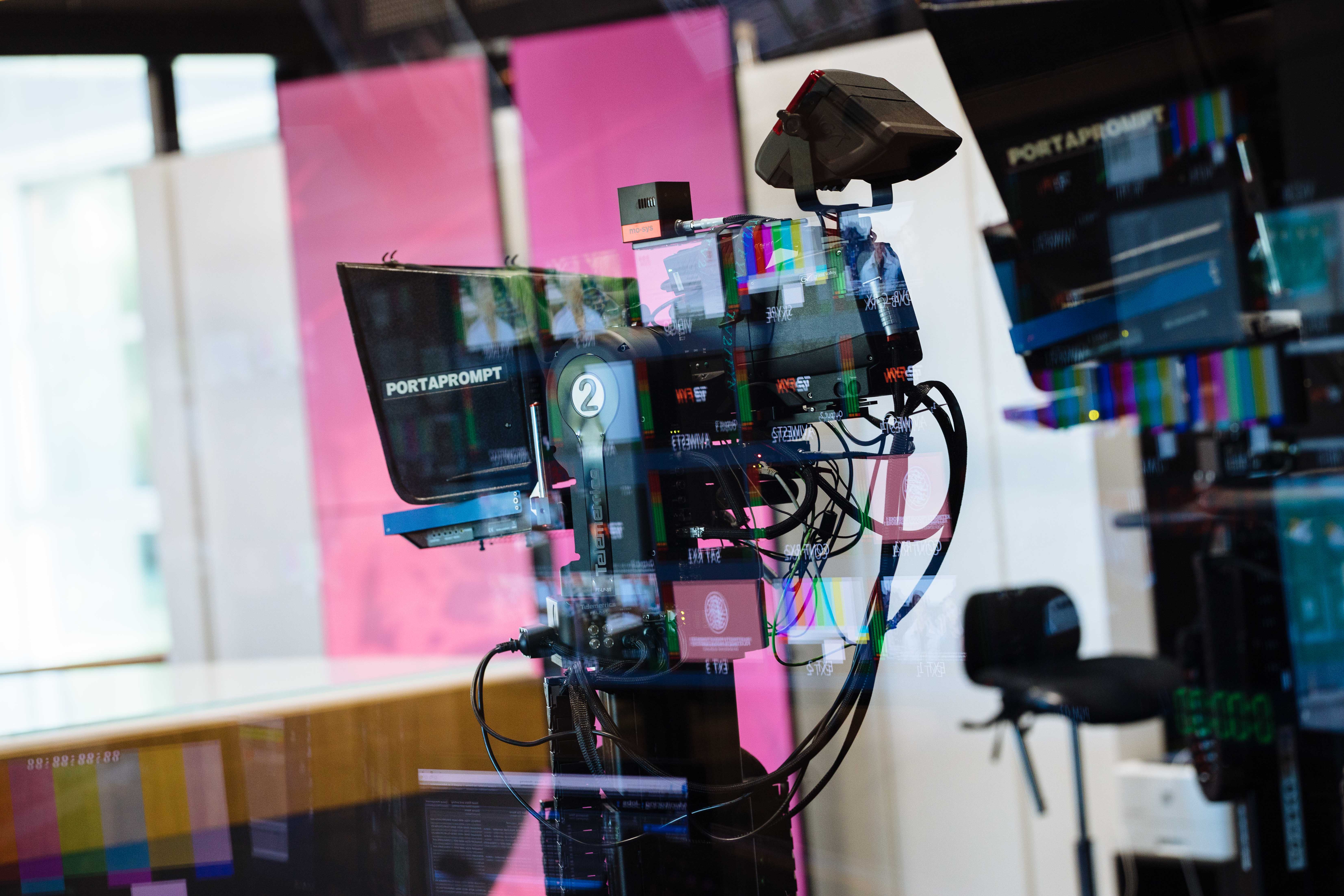