PASSING THE TEST WITH EXAMINATING 400 PUPILS. NOW IT’S ON TO TEACHING 1,100 ONLINE – EVERY DAY

It is April 2017, and the semester exams at Rysensteen Gymnasium in Copenhagen are underway. The entire year, 12 classes with about 30 students in each (i.e. around 400 students in total), start their online exam. In that second, everything goes quiet…and then the computer systems stay exactly that way - for ten minutes. It likely sounds like an IT professional’s worst nightmare. Even though it wasn't quite as bad as that, it spurred the school to modernize their IT setup with modern Aruba campus network under the slogan: People move. Networks must follow.

An investment of about half a million Danish kroner, and implemented in less than a month helps to make the new network an evident success, says Lars Bang, IT manager at Rysensteen. “The principal asked - 'what have we got for the money?' To which I replied: ' No inquiries or complaints- at all '. ”When the email inbox and telephone line in the IT department are quiet, you have done your job well. No-one ever writes to say, 'Wow, the network is working so well,'" he adds with a smile.

Exactly one month after the semester crash, the 400 students completed the written exams without any interruption or delays. The experience mirrored what the so-called mobile generation has come to expect - undisturbed and uninterrupted access to the network, regardless of time and place.

CHANGING NETWORKS IS ABOUT TIMING

That the spring 2017 exams did not lead to all-out IT panic was thanks to Lars Bang being prepared. He was aware that the old network had reached its limit and that the school would have to change to a new solution soon. He had already started the process of looking for a network upgrade the year before. Furthermore, he had stayed up to date with the Danish Ministry of Education’s requirements for high schools’ networks and IT systems, as the examination process moved from local- to a centrally managed digital solution, where the exam questions and tasks are retrieved from the Ministry’s servers.

In other words, the switch to a new network solution was mostly a question about timing with the semester test providing the starting gun: “The system had performed well after we replaced the oldest access points in 2016. It gave us a boost that we estimated could last at least one more year. However, it turned out to not quite be the case, and this is one of the good things about semester tests: You get the opportunity to correct things before the final exams," Lars Bang says. 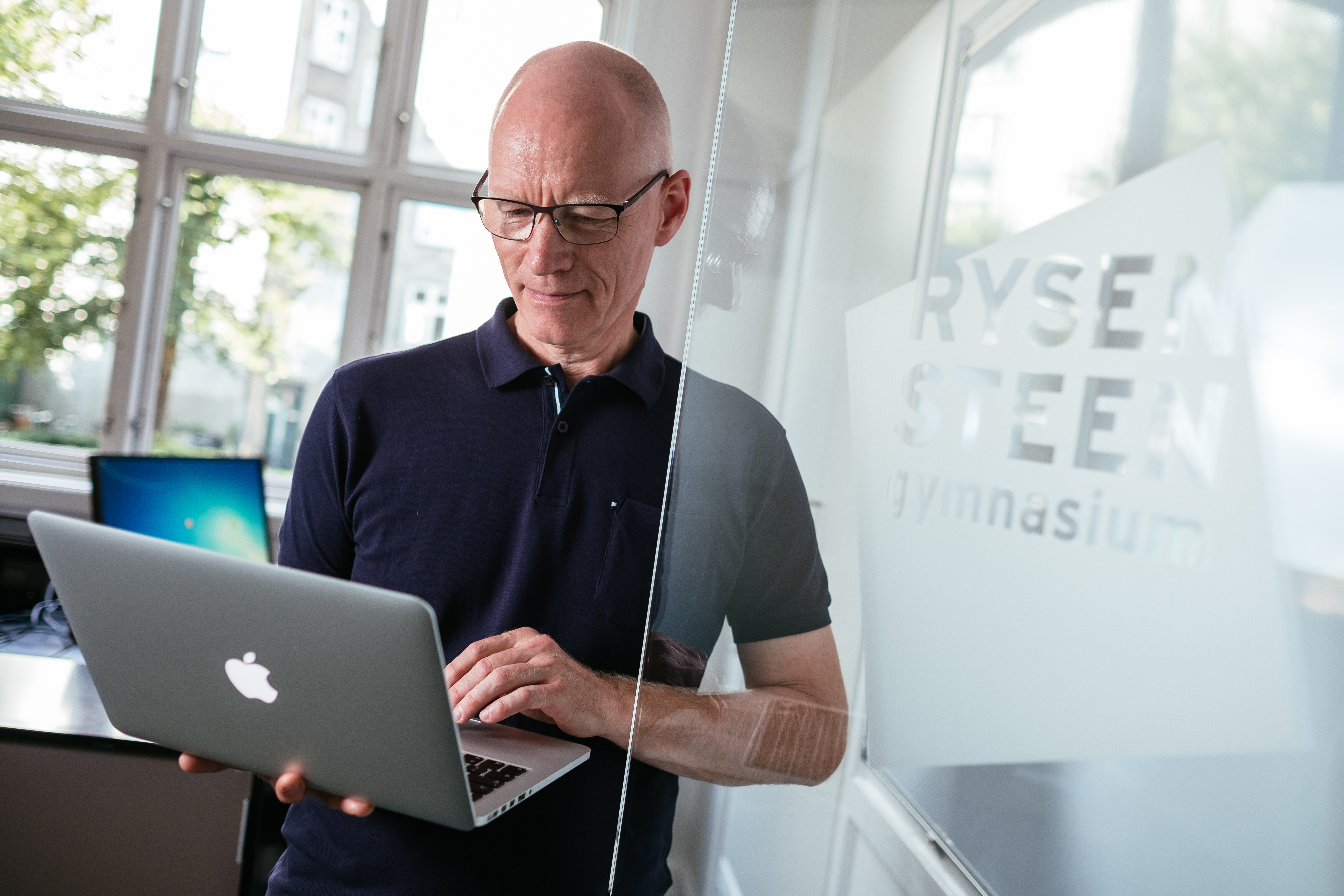 Lars Bang's thorough research had provided a solid knowledge of the different providers and their products. Immediately after the misfiring semester exam, he went to the school’s management to get the green light for replacing the entire network system before the final exams in May 2017. He was focused on getting to the bottom of the network problems, and also want to get a better system overview and a powerful management tool.

He had a good impression of Aruba, which profiles itself as, among other things, able to deliver best-in-class modern campus networks with robust security and simple administration to 'make sure everyone can access what they need, where and when they want to '. Prior excellent experience with HPE, which had also delivered the old system, was supported by a reasonable price. In close cooperation with Danoffice IT, it was decided to look at combining the two, while making sure to turn every stone along the way.

During the process, which involved installing systems at several locations, a problem arose. It is in Koedbyen, in Copenhagen’s West End, where the school had invested in a brand-new auditorium. The question was whether it was the access points, the switches, wiring, outside noise, or a matter of an overloaded main controller.

As the new equipment was gradually phased in, Danoffice IT’s technicians found that, in addition to an extremely taxed Wi-Fi system, there was a well-hidden error on a fibre connection with the new premises in Koedbyen.

"Of course, we also chose to change this fibre connection before the final exams. Finding errors like this and fixing them is something that comes as a benefit of working with specialists that are dedicated to complete the task," Lars Bang says.

Danoffice IT was ready on the sidelines when the new network had to stand its test during the final exam in written Danish on May 18, 2017. Everything worked out fine, and the network ran smoothly.

Rysensteen high school's network is now secured four to five years into the future, Lars Bang evaluates. Not least because they now have the tools to keep them at the forefront of a continually developing internet. 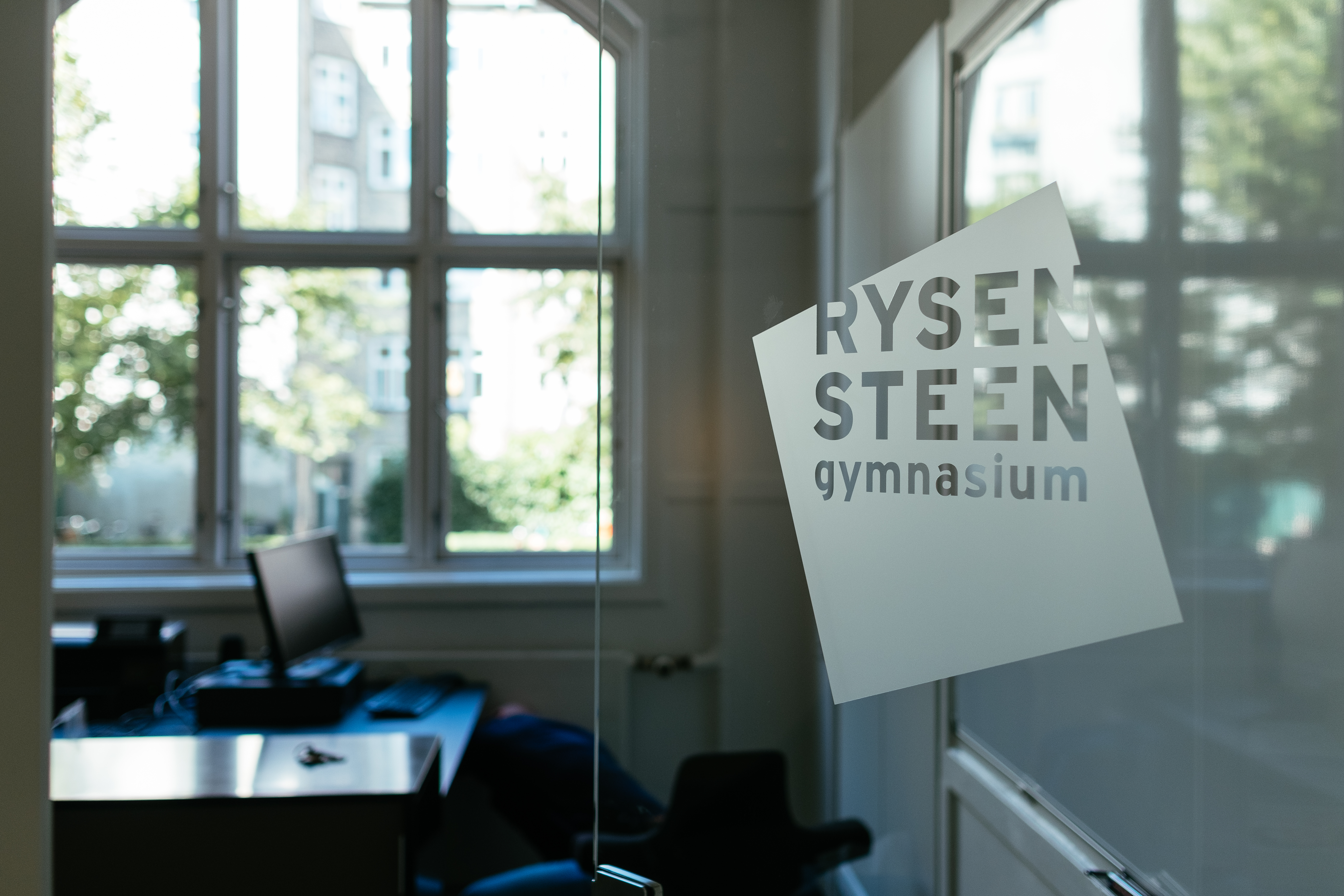